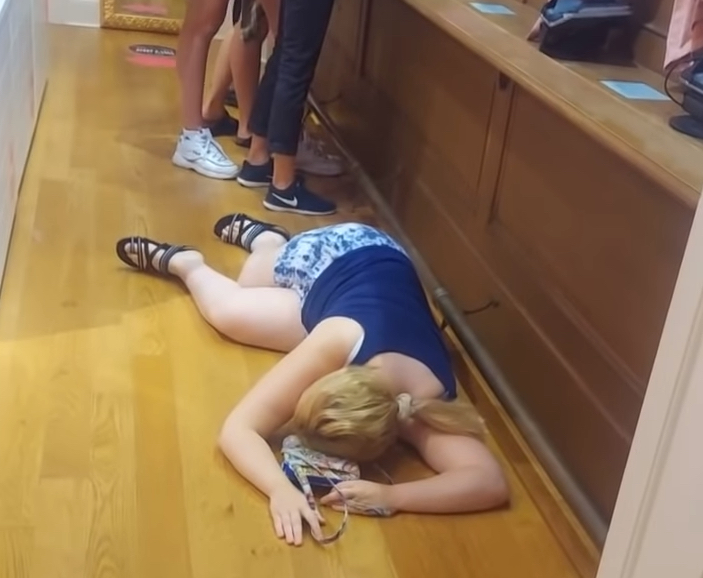 No one will ever forget this moment of fake white fear. The same white fear that has a dumb dumb white witch attacking an African woman and then screaming, raging, and charging at her only for filming the fake white fear.

Get her away from me

Keeps running towards her.

If that kinda shit happened to me, I can guarantee she would get the same treatment and then her head would in the ground. Don't throw that crazy white witch fear at me. Act accordingly and move on with your drama. Anyone else want to intervene during or after I deal with her will find themselves head on the ground too. If you aren't going to intervene with keeping her the fuck away when she started acting up then stay away and I'll deal with it myself.

No one will ever forget you Abigail Elphick, Victoria Secret Karen. Dumb wicked white witch.

Only a fraction of a taste of what I would do to her for that crazy shit: https://www.reddit.com/r/PublicFreakout/comments/rr9qed/lady_yells_at_an_employee_for_making_her_food/